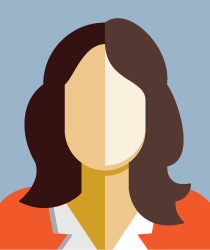 Wondering how to use heavy construction equipment more safely? Looking for repair tips or ideas to make maintenance on your equipment easier? Need help choosing a new piece of equipment? Interested in tips to help you hire heavy construction equipment? Hi, my name is Bob, and in this blog, I plan to answer all those questions. I worked on construction sites for years, both as a foreman and a labourer. I loved being around the big machines and still keep up with research around them, although, I have moved to another industry professionally. I invite you to read my blogs.

Whether you're new to construction or not, you're sure to have come across earthmoving equipment before. Children become familiar with tractors at a very early age, seeing these vast machines conjured up as part of their storybooks and learning tools. But how much do you actually know about tractors and other earthmoving devices? They may look similar, but in fact, these products can be used for vastly different things. Here's a quick rundown of the two main types of earthmovers and what each is used for.

Multi-purpose and easy to source, tractors are well-utilised across the industry for their versatility and ease of use. Tractors may not carry heavy loads or have plenty of different functions, but the functions they do perform are useful in such a broad variety of circumstances that they've long since become an industry staple. You can use them for moving earth between the original site and a trash pile or skip, for example—or for lifting new soil back into a target area. Their capacity is limited, but they are certainly suitable for smaller jobs and for running errands on bigger sites.

Dozers run on rolling tracks for stability and feature a large curved scoop that sits neatly on the ground. This can be used to even out ground before beginning a project, essentially shunting the excess out of the way, or after a project has finished. Equally, they can also be used for spreading and levelling earth that has been previously removed. Due to their size and capacity, they move very slowly—but it's a much faster and more efficient way of completing any of the above tasks than trying to do so manually or with a less specialised piece of equipment.

An excavator features a long extendable arm that can dig into the soil beneath it. They run on rolling tracks just like a dozer; again, this is for stability, keeping the excavator grounded and steady as it picks up large and heavy loads. If you're looking to dig out a site from a higher angle than a tractor could ever manage, then an excavator is certainly best suited to the job. However, though they come in different sizes, the scoop itself does not have as high a capacity as a dozer might in order to accommodate the height it may have to lift this weight to. As such, you should expect to create a pile of earth beside the excavator to be moved at another time.

Having a combination of these three pieces of equipment on site is likely the best way to proceed. You can use each for a separate part of the process, fully automating the movement of your earth to save on both time and labour.